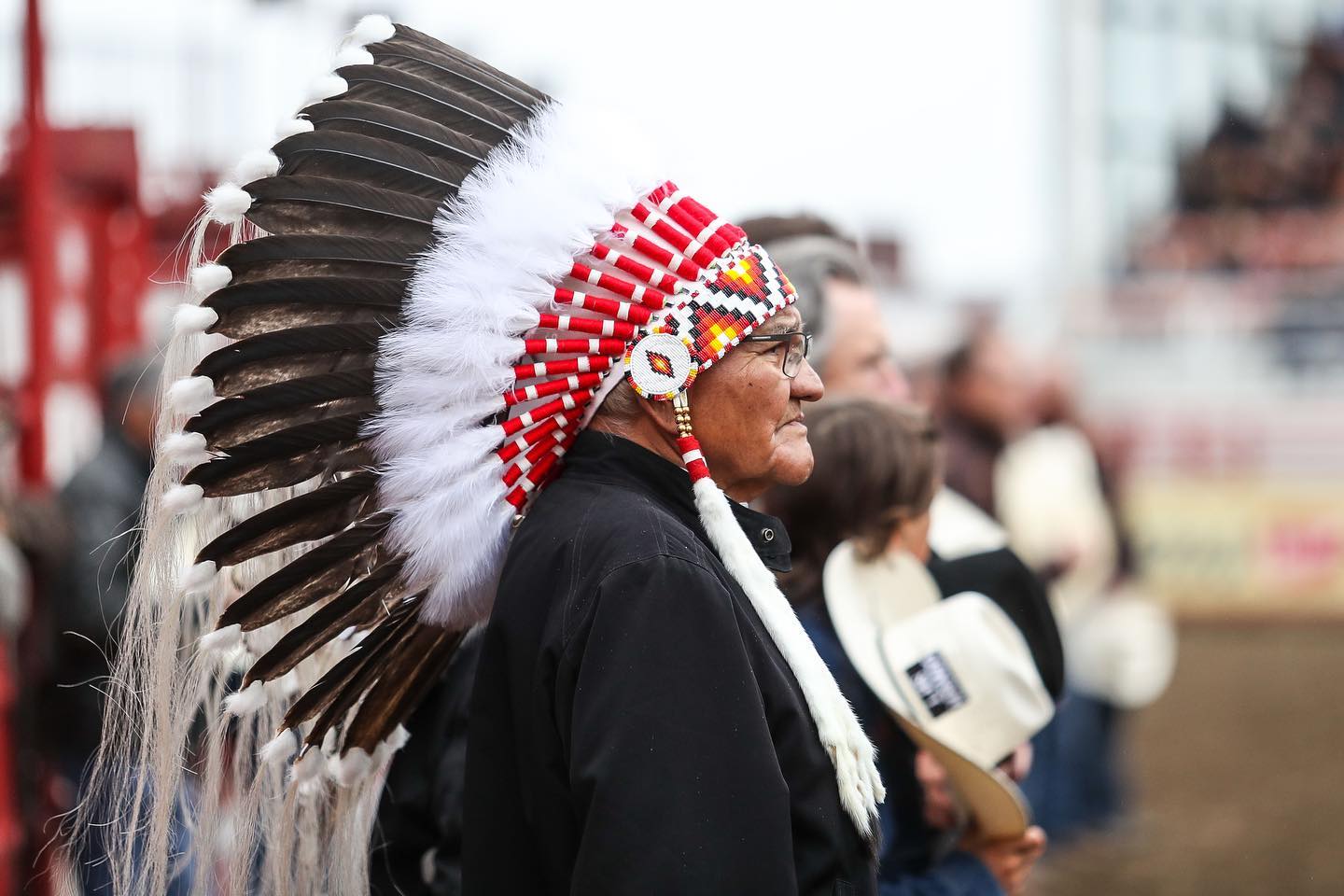 Into every Ponoka Stampede, it seems, some rain must fall. It is, after all, early summer in central Alberta and there’s a reason the country is so green. So it was no surprise to long-time Ponoka fans when the taps burst forth for Saturday afternoon’s sixth rodeo performance.

It wasn’t a shock to Caleb Smidt either. He’s seen plenty of weather conditions in his ten-year pro career in tie-down roping, and with three world gold buckles under his belt, he knows how to handle all kinds of conditions. The Texas cowboy proved it again Saturday afternoon, when he roped his calf in 8.6 seconds.

“I had a decent calf and got a really good start,” says Smidt. “I actually thought I’d broke the barrier, but it ended up being really good.”

“It’s not fun to rope in the rain,” he adds. “It kind of ruins all of our stuff, but I was glad to get by one. It makes it all better when you win.”

Smidt had already encountered wet stuff this week in Prescott, AZ, and there are more rain clouds in the forecast for his travel route ahead. It’s all part of the territory.

This was only Smidt’s second trip to Ponoka, and the added purse this year helped encourage his crew to make the journey. He’s in line for a big chunk of change, since his first run of 8.3 seconds means Smidt is leading the aggregate heading into Sunday’s Finals, with a 16.9 second tally.

“It’s awesome. We do it for a living so it’s hard not to go to the big ones when you’ve got a chance to win a lot of money. We’ll see how it goes tomorrow. I might be a regular up here,” he grins.

Stephen Culling managed quite a feat in the steer wrestling. The 2016 Ponoka champion threw a pair of steers in under four seconds each. It’s a feat that hasn’t happened since 2015 at this rodeo, and gives Culling a real advantage as the new aggregate leader. But it’s all straightforward for the B.C. competitor.

“Drawing a good steer, riding a good horse,” says Culling. “And hazing here is so critical. Cody’s (Cassidy) over there and I’ve got all the faith in the world in him, so that sure helps your confidence when you’re coming down this long score.”

“I’ve never been 7.6 on two (runs). It’s usually hard to be 7.6 anywhere, but here it’s pretty impressive to get two steers that come together that good. I’ll take it!”

Culling is using his horse Buck, a horse he cracked out at Ponoka a few years back as his first pro rodeo. Tanner Brunner used the horse to become the Ponoka champion in 2019.

“It’s a pretty good fit for him at this rodeo. He makes it pretty easy. He puts you in behind the horns and gets out of your way.”

There are new names atop the team roping leaderboard as well, after Brett McCarroll of Camrose and Clint Buhler of Nanton snagged two steers in a time of 11.7 seconds in Saturday’s last regular performance at Ponoka.

“We lucked out, and drew some good steers, and just used them,” says Buhler, the header. “Instead of trying to catch, like I’ve been doing, and missing, I was just happy to come and try and win something. I’m pretty excited.”

“I’m just happy when we’re anywhere near the leaderboard,” jokes McCarroll, who has been in the Ponoka winner’s circle three different times.  “You can’t try to plan too many things in this game, just react. Hopefully we can keep ‘er going this year.”

“I was working,” explains the Bashaw cowboy, of his rodeo absence. “I work for a drilling fluids company, Newpark Drilling Fluid, so working with rigs, oilfield. I’m enjoying it. I go back to work Monday for two weeks, and then the boss is going to let me go for seven weeks, the rest of the summer after that.”

“It’s the last year in my 20’s and I’m not going to walk away from a good job, but I don’t want to quit rodeoing yet. So I thought I’d go out and give it a shot, and it’ll be what it’ll be.”

“I don’t know if it’s going to be my last year here or not, but I’m not doing it for a living anymore. So it’s almost like the stress is away. I’m just going to go out and have fun, still be competitive, but I’m soaking it all up, and enjoying the sport for what it is.”

In the saddle bronc riding, Sterling Crawley of Texas was the lone cowboy to make the Finals cut, when he marked an 84.75 on Outlaw Bucker’s Bright Lights, to snag one of the last qualifying spots among the top twelve. Dawson Hay finished first for the long round with his 89.25, but shared later in the day on his social media account that his injured quad muscle had flared up again, and he wouldn’t be getting on any more horses until after an MRI next week. As well, bareback rider Rocker Steiner was injured at a rodeo in Cody, WY since riding in Ponoka, and won’t be able to take his spot in the Finals at Ponoka either.

Several barrel racers made the cut for Sunday in Ponoka, with the fastest being Wenda Johnson of Pawhuska, OK with a 17.31 for second best behind BaileighChoate. In the bull riding, it was another day of shutouts for the bulls, leaving only seven qualified riders for Sunday’s Finals, and giving Lonnie West the long round honors for his 88.

Several other presentations highlighted the Saturday performance at Ponoka, as steer wrestler Todd Boggust and legendary bulldogging horse Willy, owned by the Cassidy family, were welcomed into the Canadian Pro Rodeo Hall of Fame. The Errol McMillan award for the 2022 Volunteer of the Year was given to Donny Borg, who’s spent 40 years serving the Ponoka Stampede Association, in a variety of roles including security and at the beer gardens. The Bill Kehler rodeo ambassador award was given to a long-time and well-known Ponoka Stampede Director, Blair Vold.

The twelve finalists compete Sunday afternoon, with the four best scores and times advancing to the rich Showdown round Sunday evening, where there’s $15,000 up for grabs in in each major event.