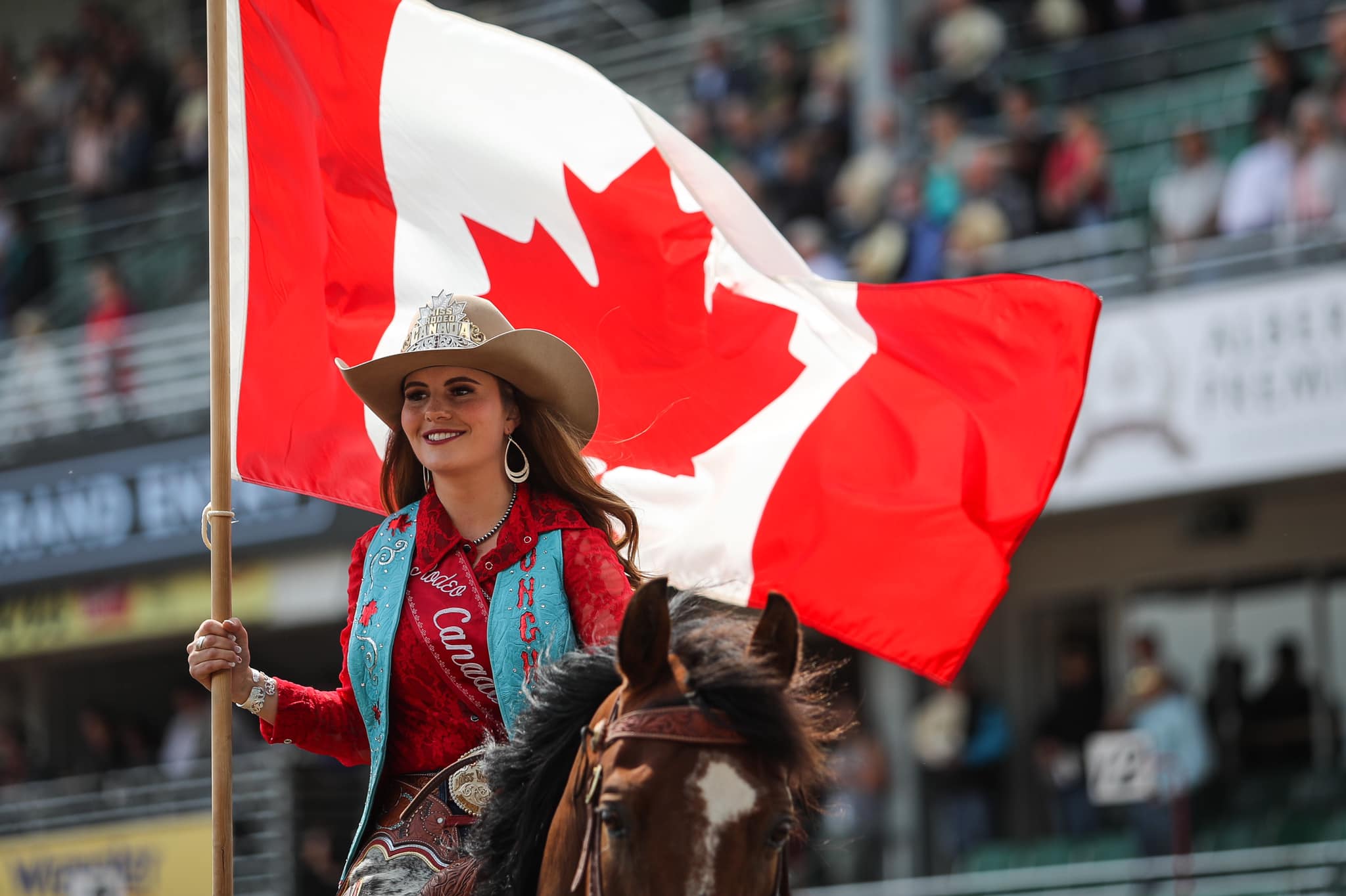 “It was quite depressing, because you never know. You might never draw that horse ever again. It’s just the luck of the draw,” says Taypotat, who has changed his home base from Regina, SK to Nanton, AB.

When he checked the draw for the Ponoka Stampede, he was thrilled to see his name beside Stevie again. It was perfect timing, when he’s been on a roll and is sitting second in the Canadian Pro Rodeo standings. Taypotat made the most of the eight second encounter, spurring to an 87.5 and becoming the new leader in the event during the second performance at Ponoka.

“Honestly, I was pretty darn nervous because I’ve watched a lot of guys that have messed her up before. It’s one of the best bucking horses in the world going right now,” Taypotat admits.

Those nerves didn’t really dissolve until the whistle went, laughs the cowboy.

“I didn’t have my strongest ride on her ever, but still did OK, I think.”

This despite the fact he is riding with a cracked rib, from competing in Wainwright just a few days ago.

It was the teacher and the student who put on a class in the tie-down roping Tuesday at Ponoka.

Former World and a four-time Canadian Champion Shane Hanchey tied his calf in a solid 9.6 seconds, to go with the 9.7 second run he made in the morning slack.

“2019 was a long time ago, and I broke the barrier in the short round here. I was so mad at myself I wanted to get back up here and redeem myself. I had to wait three long years, but we’re here,” says Hanchey.

“What this rodeo does is so underestimated for even the guys down south, with $55,000 an event. This rodeo, this committee – it doesn’t get any better.”

Making the long miles from his home base of Texas is easier these days as he’s traveling with his protégé, last year’s Tie-Down Rookie of the Year, Beau Cooper who lives in nearby Stettler.

The 20-year-old came right after his mentor and Cooper beat him, for the fast run of the day at 8.2 seconds.

“I told Beau if he wanted to make the CFR, you’ve got to make your footprint right here in Ponoka,” adds Hanchey.

Cooper spent time with Hanchey and his wife in Texas, practicing roping. And he bought his horse from them as well.

“That man has done a lot for me,” emphasizes Cooper. “He’s been in my corner. We got a pretty good friendship and I’m lucky to have him.”

“I’ve come and watched this rodeo since I was little. This is my first time I’ve ever roped here. To be able to make a run like that was really exciting!”

Cooper’s total of 18.3 seconds is just behind overall leader Shad Mayfield, with his 17.9. Hanchey is third at 19.3 seconds.

Team ropers Jeremy Buhler of Arrowwood, AB and Rhen Richard of Roosevelt, UT proved their world caliber pedigree with a time of 5.5 seconds, to lead their round, and move out in front overall with 12.6 seconds on two runs. The steer wrestling leader is still Joseph King of Manitoba with 11.8 seconds. The best run of the afternoon came from Colorado’s Logan Kenline at 6.2 seconds, giving him fourth best overall.

The saddle bronc riding leader remains Layton Green with his 88. The highest mark Tuesday was an 84.75, from Jake Finlay of Oklahoma, who’s riding with broken ankle from an earlier Montana rodeo. He’s tied for third.

Tana Millard of Eckville sped her horse Moose around the barrels in 17.70 seconds, to slide into fourth place, leaving Bayleigh Choate of Texas still far in front with her 17.27 second run.

The bull riders were not to be denied Tuesday and there were four qualified rides. Lonnie West of Cadogan sits on top with his 88 point performance on a bull called Positively Banging.